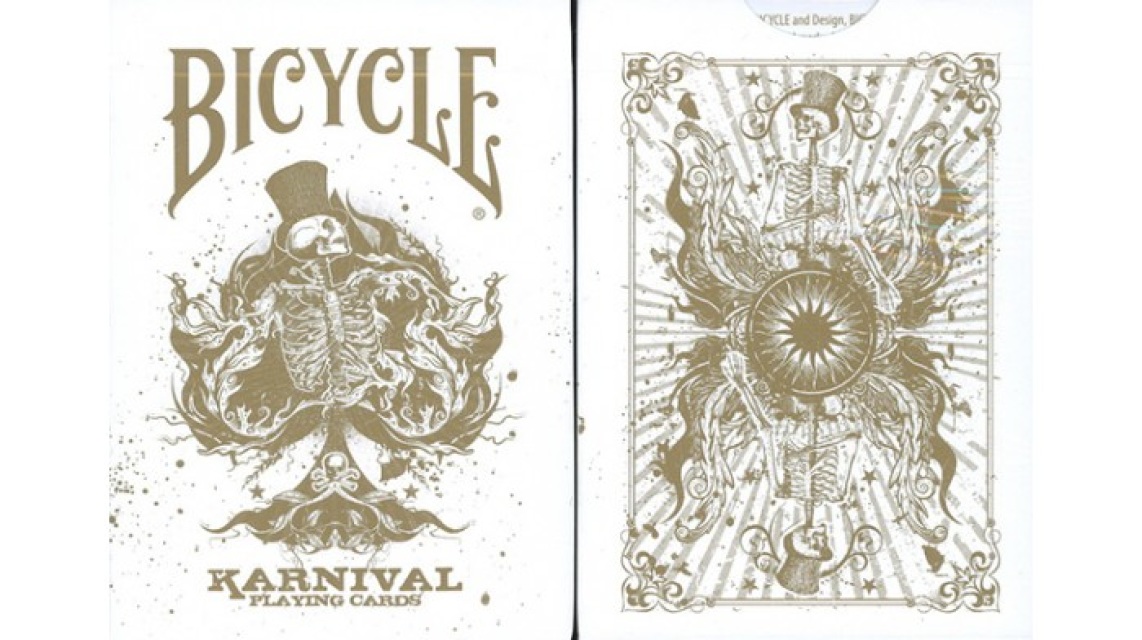 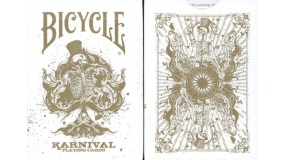 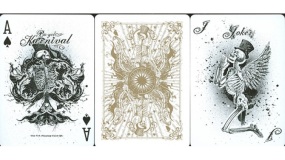 The first pressing of the original Karnival Deck was released in Oct 2008.It was a smash hit, selling out in just two weeks.The second pressing also sold out, and since then the deck has been out of print.

The Original Karnival in Gold is a super limited run of just 4000 units. Printed in a luscious gold it looks immense!!

An amazing (and super subtle) one way back design. You can spot reversed cards even in a tight face down ribbon spread!

Two amazing card reveals built into the deck
The Barcode on the case has a hidden Seven Of Spades
One of the Jokers has a 3 Of Hearts clutched in his skeletal hand!

Included free in the deck is a blank facer!

1 tillgängliga
Lägg till i kundvagnen