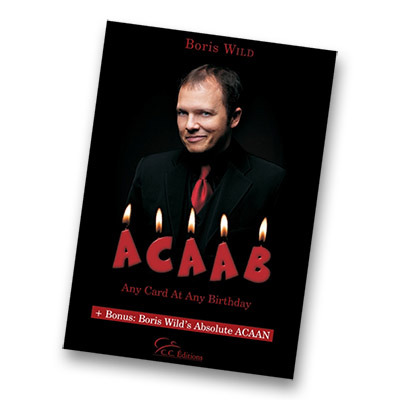 Any Card At Any Birthday (ACAAB) by Boris Wild - Book

The most exciting version of Any Card At Any Number from the ingenious mind of a FISM Award Winner!

A prediction deck is introduced before the effect starts and remains in the card case until the end. A first spectator freely names any number, whether it is his birthday or a number from 1 to 52. He can say any number. No restrictions. No force or equivoque. Totally free choice.

​The performer does not touch the cards. He does not even open the card case. The spectator does everything. The card is always revealed at the exact named number.