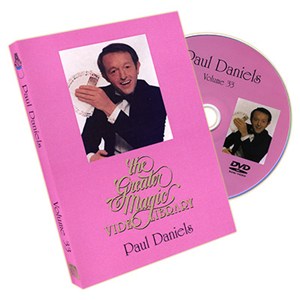 Anyone can do a trick, but Paul Daniels entertains. No one matches his versatility and repertoire. He's known throughout the world for his quick wit and showmanship.

In this video, Paul doesn't teach you sleights, lifts, drops and passes, but he'll show you what's important...timing, humor and entertainment. Learn how to delight audiences.
"I've seen Paul Daniels captivate an audience just by reading birthday wishes on stage. That's because the audience cares about Paul Daniels."--David Copperfield
Performance only video.
2 available
Add to Cart