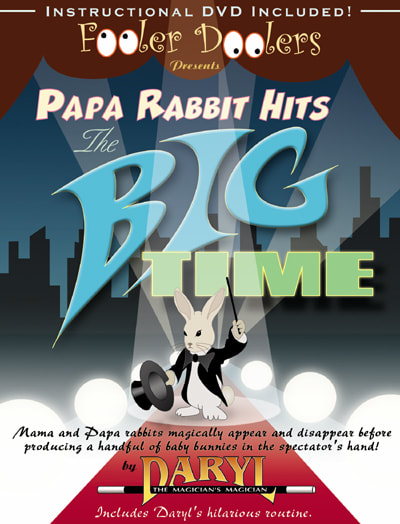 The fun begins when a sponge rabbit and a little bird are magically produced. A clean and baffling transposition is followed by a hilarious comedy of errors expose.

Mama and Papa rabbits then appear and disappear in the hands of both the magician and the spectator. For an unforgettable finish, a handful of baby bunnies magically appear in the spectator's tightly clenched fist!