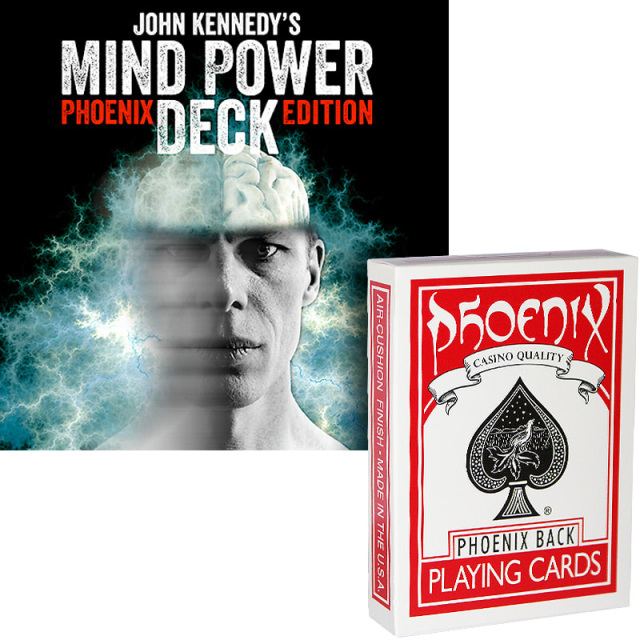 This deck is the result of what happens when two of the finest thinkers in magic (Tim Conover and John Kennedy) collaborate on an idea. Finally available in Phoenix back, you can own John Kennedy's game-changing Mind Power Deck, which revolutionized mental card magic when it was first released.

The concept is bold and simple. It's a deck of cards that you can spread and clearly show as normal 52 different cards. When you wish, you can spread the deck in front of a spectator and allow them to THINK of any card they see...and yet YOU KNOW THE CARD.

This isn't just a trick; it's an astounding PRINCIPLE that you can use to divine "thought of" cards from a seemingly shuffled pack.

(Watch the outstanding performance of Derren Brown, where he uses this Deck to perfection. His routine is not included, but you will get the idea. Also good news for all Derren Brown fans: his DVD set "Devil's Picturebook", where this effect is explained was recently rereleased.)

The biggest names in mentalism carry this deck in their pockets, because they understand the potency of simply looking into someone's eyes and telling them their thought of card. They were originally printed in a weird back, nondescript design. For a long time then they were only available in Bicycle backs, where the cards did not spread well.

Sold out
Add to Cart