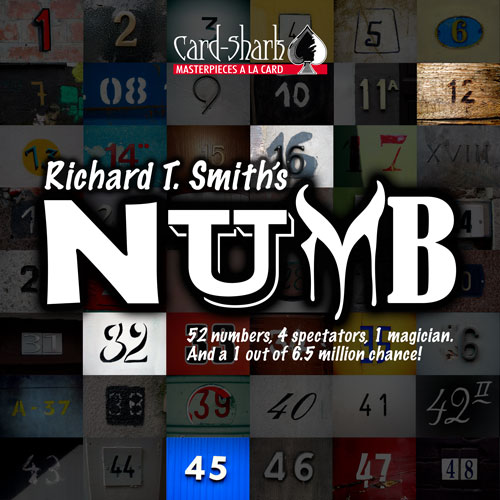 The magician takes out a deck of cards with numbers written on the backs from 1 to 52, well mixed. He takes a piece of paper and writes a prediction on it. Not really satisfied, he removes an additional piece of paper and writes a second prediction on it, stating, that at least one of them should be correct in the end. Both predictions are then placed face down in full view. Four spectators are asked to name a playing card each.

The magician removes all four named cards from the deck and turns them face down, revealing the numbers written on the backs. Together with the spectators he totals the four numbers which equals, for instance, 115. Announcing that he was sure at least one prediction would match, he turns over one of the predictions he made: it says 115!

As an afterthought, he also turns over the first prediction. It shows all four numbers and they all match the numbers chosen by the spectators! A perfect match!

"One of the most puzzling things I saw at FFFF!" - Robin Dawes, Linking Ring