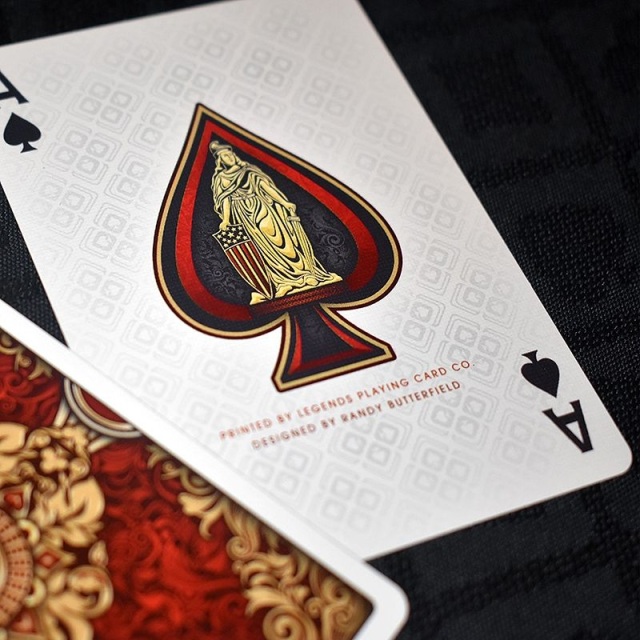 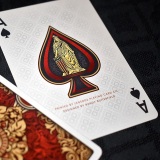 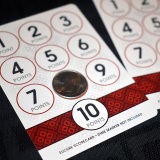 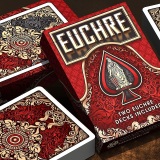 Popular in many parts of the world, especially the American midwest, Euchre is a trick-taking card game most commonly played with four people - two teams of two. The EUCHRE V2 Deck includes two full Euchre Decks inside one Tuck Box (Red and Black). It’s printed by Legends Playing Card Co., with their Taiwan printer, and utilizes their exceptional Classic Finish.

The Back Cards feature an elaborate and ornate baroque design. Each Red and Black set of Face Cards includes the full suits of nines, tens, Jacks, Queens, Kings and Aces (2-8 and Jokers are not needed in most Euchre games). The semi-custom Courts incorporate the same elements from the Back Cards, in a gold colored backdrop setting. They are extremely functional and provide the highest level of playability.

Also included are two Rules Cards and four custom Score Cards. You just need a dime as your points marker. No need for boring fives as makeshift Score Cards in the EUCHRE V2 Deck!

The Tuck Box features an elegant and intricate design that’s printed in 4-Color Process. The EUCHRE V2 Deck is perfect for your next Euchre night or tournament!