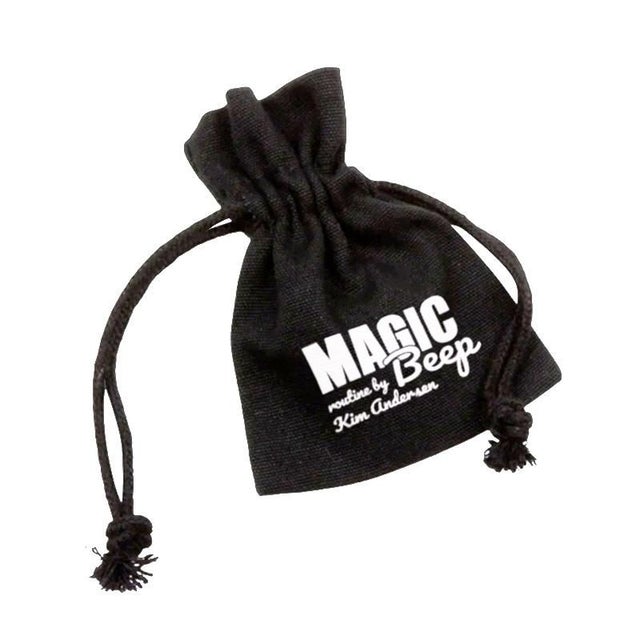 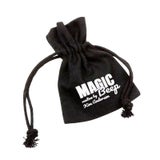 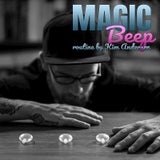 When we first saw this cleverly gimmicked set of squeakers we could instantly see the fun in them. But only when Kim Andersen got them in his hands, it developed into a solid routine, which has become a massive hit at conventions and with exclusive dealers around the world.

Now the MAGIC BEEP set is upgraded with a nice cotton bag and a bonus video with new tips & ideas from Kim Andersen.

For example, you press a tomato (or a nose, or ...) and it says a funny beep sound. You reveal that you have one of these little "squeaky-things" in your hand, but when the spectator presses it, it doesn't say anything.

This is how the routine develops. At one point there are three squeakers on the table - two that do not work and one that does - and you perform a form of "3 Squeak Monte". The spectator's task is to find the one that works, but it is always wrong.

BEEP MONTE is perfect to bring in your pocket and can be shown wherever, for children and adults alike.

You receive a complete set of the 3 squeakers + bag + Kim's detailed online instruction.

“That genuinely fooled me!" - Adam Wilbur

"We've never been more deeply fooled. The fairest and most dceptive Monte rutine I've seen and there were no cards" - Daryl, The Other Brothers